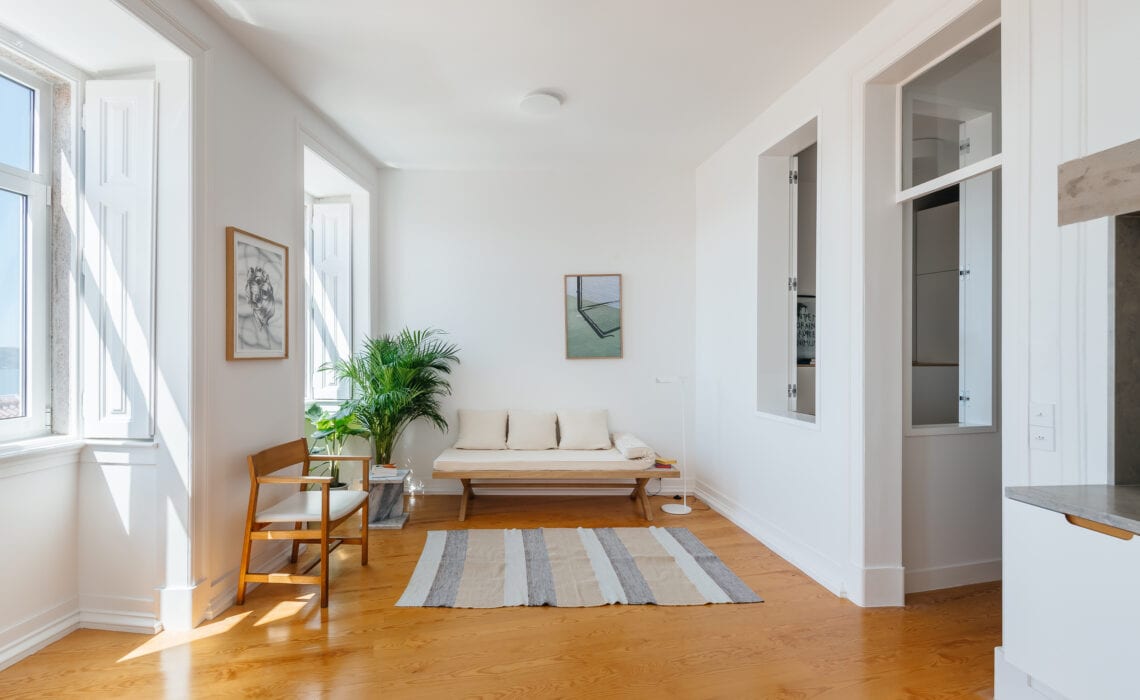 Ar. Sofia Couto & Ar. Sergio Antunes of Aurora Arquitectos studio designed an apartment house in Lisbon, Portugal by opening windows between spaces, promoting cross visions and letting the light-in, as the base building of this apartment is a Gaioleiro, a common typology in Lisboa between the mid-XIX century and the beginning of the XX, which is characterized by long and narrow plots, poorly lit and ventilated spaces.

The project was first disclosed by the ceiling behind the countertop, an original floor under the current one, pulling out layers upon layers of coating from the bathroom’s walls and opening a new balcony in the lightwell to add a new layer to space. By this design plan, the design team gets the light, space, and ceiling height in the entire apartment.

The design further redistributed with the rooms now occupying the front of the apartment, overlooking the trees in the garden, and the living room on the back, with a view over the river. The kitchen is further expanded to enhance its connection to the living room. A new bathroom, blended with the closet and wardrobes were created. The entire project balance the dialogue between the addictions and the existing, between the old times and contemporary desires. It’s a pure example of ancient and current building techniques.