Rapidly changing norms and concepts of work has necessitated the evolution of the workspace design. Modern corporate offices are not only striving to create a regional identity for their workspaces, but are also defining new cultures where incorporating concepts of walk-to-work and leisure spaces as an appendage to closed cubicles have become a compulsion. In capturing these ideas, the new-age offices are being designed to rate high on socio-economic and environmental parameters while adapting themselves to the context.

Following the suit, the proposed design for the Amtron BPO tower in the Tech city of Bongora in Assam sets an architectural precedent for how the office of the future should be designed. It carries the idea of walk-to-work forwards through its innovative walkable façade, which is a conscious outcome of a cleverly thought functional, structural, climatic and aesthetic logic aimed at creating a balance between work and leisure. Besides assuming the role of green breakout space, the stepped green terrace scheme also enables the user to walk straight to their work desk without using mechanical modes of transport and provides an opportunity to interact at various levels.

The pedestrian-friendly campus has been planned such that the drop-off and pick-up points placed at the opposite ends help resolve traffic congestion and create a landscaped plaza in the front for the pedestrians to walk.

The eight-storey office building has been designed to offer a 360-degree peripheral view by delineating workspaces around a compact central core housing lifts, staircases, toilets and other ancillary spaces. Open floor plates and co-working spaces in addition to green terraces have been incorporated on upper floors to allow flexibility and efficiency in its use — considered after a careful study of prospective users and their work patterns. The flexibility provided by this layout enables 100% of the floor space to be leased out for different purposes.

The informal nature of co-working spaces, which requires maximum flexibility and easy access to open spaces, are placed on the ground floor alongside the cafeteria. They are designed to cater to groups of varying sizes, while maintaining privacy and ensuring a comfortable environment. Formal workspaces are stacked on upper floors and augmented by 4m wide green terraces that allow business owners the flexibility to expand and contract their functions according to their needs. Common functions such as yoga area, health club and cafeteria are also planned on the eighth floor, acting as an interactive community space.

The eight-storey structure has been designed using a steel-concrete composite structural system, which ensures lightweight construction using thin structural members. The unique construction technology not only facilitates the creation of large column-free space, but also brings down the construction time by upto 30% as well as cuts the construction cost by using fewer materials.

The material palette and technology have been carefully adapted to capture Guwahati’s serene setting amidst nature and the city’s aspirations for the 21st century. RCC core and double glazing, while structurally necessary, are balanced by recycled wood panels for ceilings and roof to infuse regional identity. The use of zinc and aluminium as cladding materials ensure that the structure remains protected from weathering due to heavy rain. Another vital element of the facade is the sun-tracking aluminium louvres, which serves climatic and aesthetic purposes.

Today, when meeting sustainable standards have become pertinent, the design of the Amtron BPO tower aims to create a positive environmental impact by relying on passive and active, climate-responsive strategies. Mutual shading through stepped terrace profile minimises heat gain and eliminate the dependency on air-conditioning systems. Further, the louvres are placed to allow the desired degree of light and views in the interior spaces, thereby reducing the need for artificial lighting. The use of solar-reflective glazing further helps maintain the indoor temperature while allowing adequate lighting for the interior to function. Green terraces on the facade also combats the heat island effect that could otherwise arise due to glass structures.

The building also features a solar roof which facilitates energy generation for the office building. Water systems are designed to allow rainwater harvesting, and its judicious usage is ensured through a drip-irrigation system. Waster water recycling methods further enable the reuse of water for landscape purpose.

Today, when the designs need to be contextually, socially, economically and environmentally relevant, the proposed Amtron BPO tower suggests a way ahead for future workspaces. Designed in accordance with DFI’s people-first ethos, the Amtron BPO Tower creates an experience that promotes meaningful interactions and pauses that awes, inspires and stays in the memory of its users. 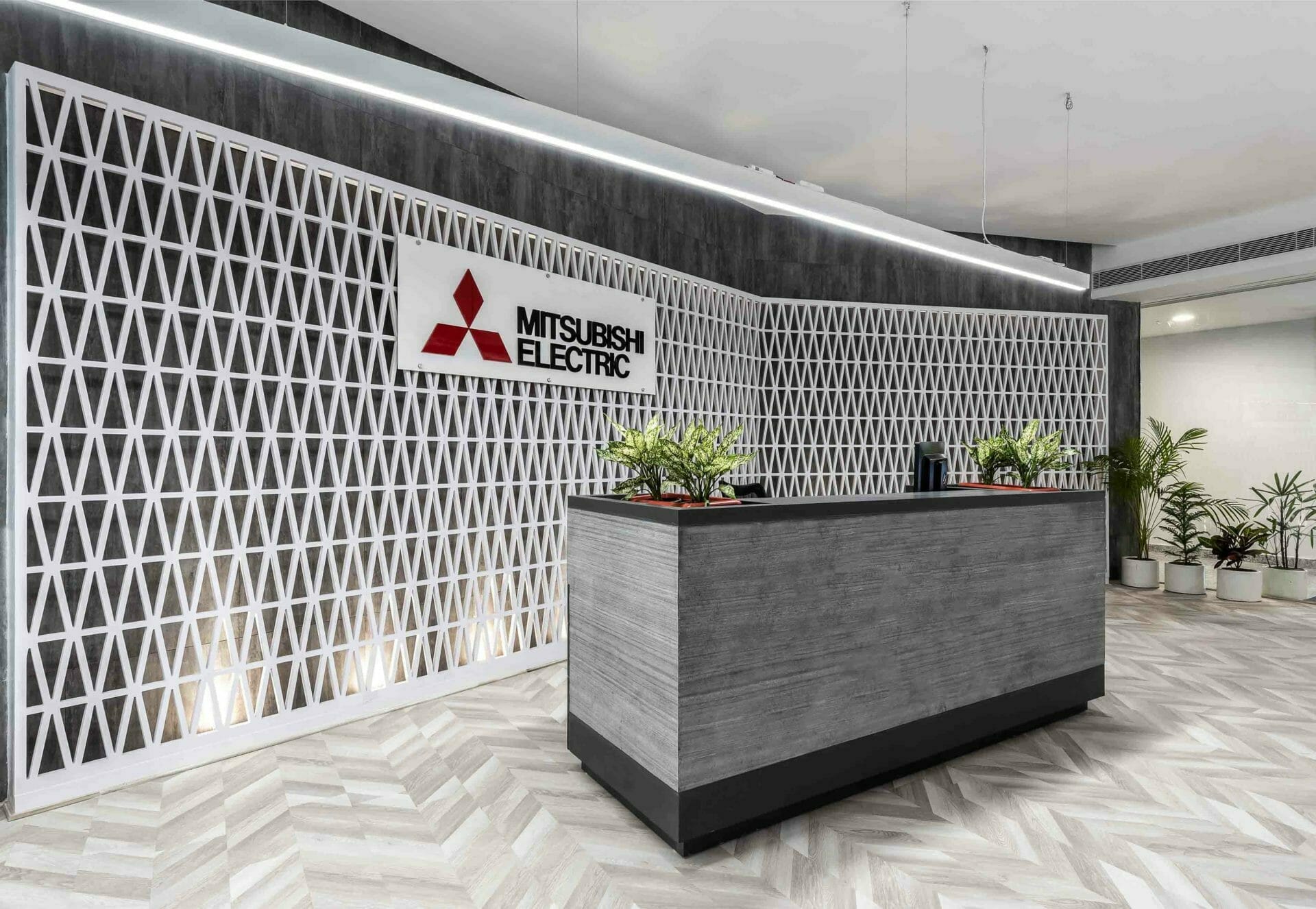 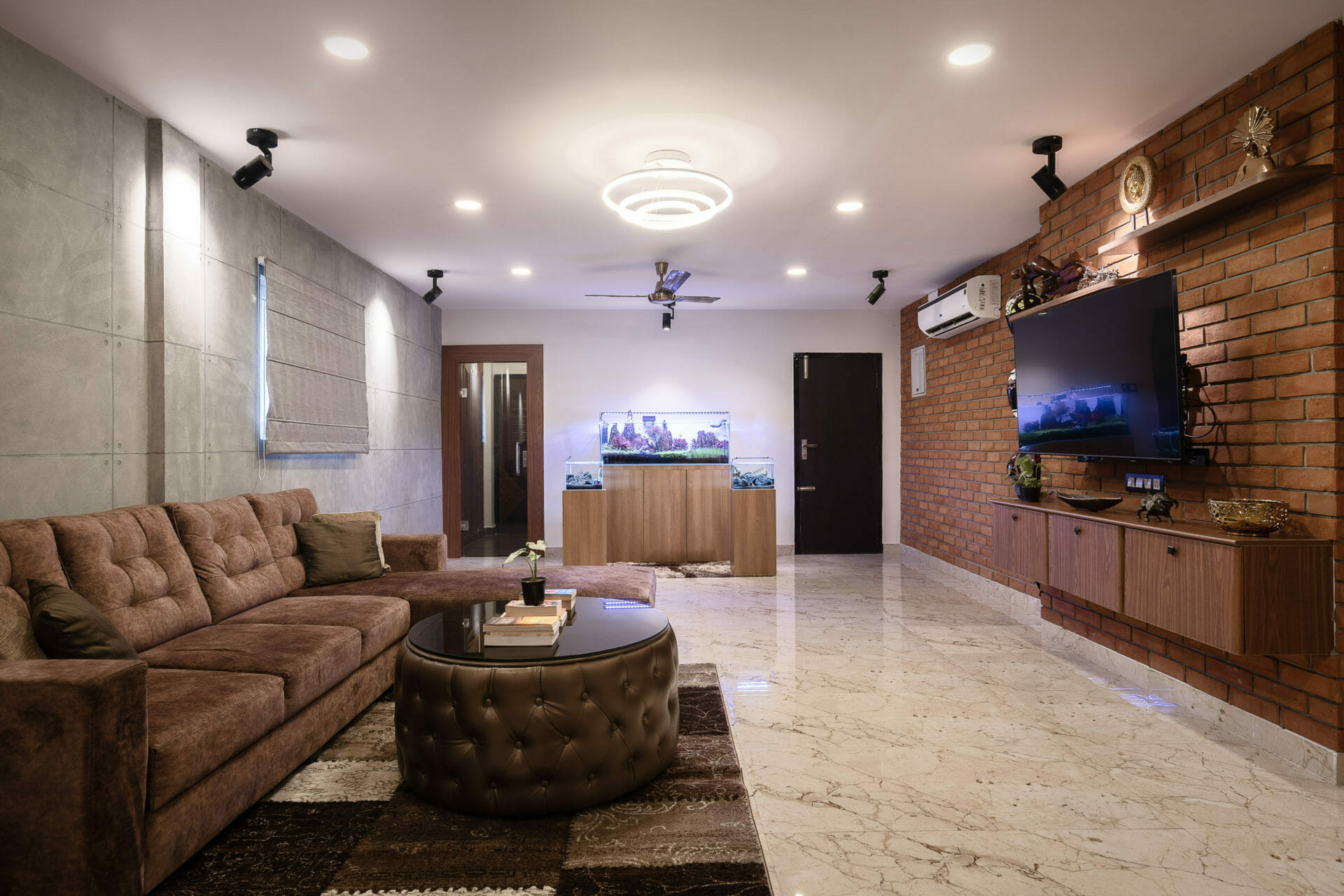 Architect Parag V Singal of Parag Singhal Architects recently designed the offices for Mitsubishi. The offices included a floor plan of 22,300 ft. The goal was to create an office space that not only followed the usual standards of ‘maximizing

Architect Amit Khanna and his team at AKDA, New Delhi, designed an apartment in South Delhi known for its circular aperture of brick within a square brick screen where the facade tells a story about context. The work of Louis

Ashika, the chief designer and founder of Studio collectif, designed a house based on the concept of rustic elegance so that it could appeal to young house owners who were more masculine in taste. The design is fairly modern in 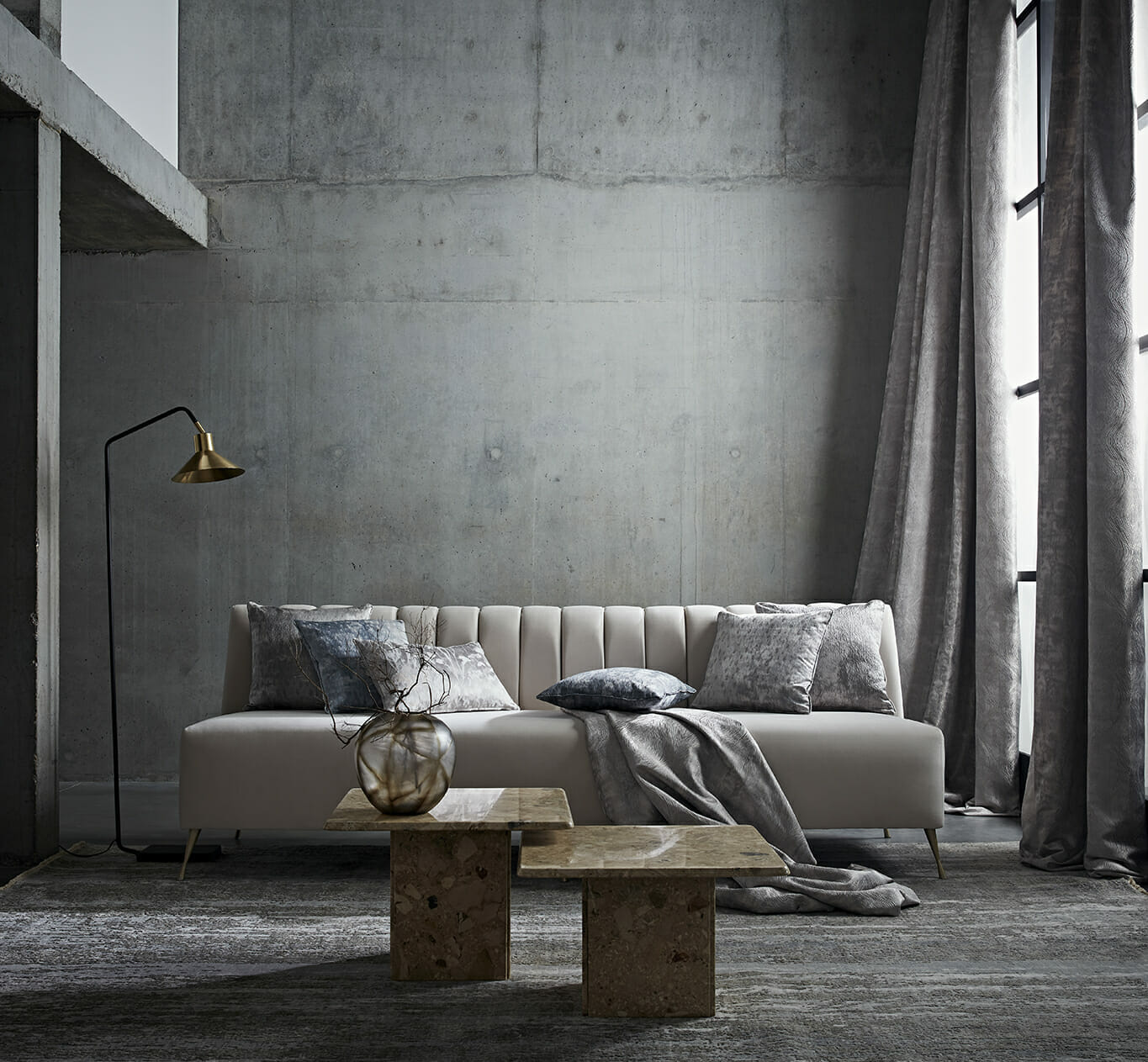 Clarke and Clarke: Luxurious and Decorative Textiles for Your Home

Clarke & Clarke releases Diffusion at Maishaa, a collection of woven jacquard fabrics that bring a rich decorative element to your spaces. This exciting new print and weave technique creates this beautiful range of woven jacquards. Subtle hues and textures 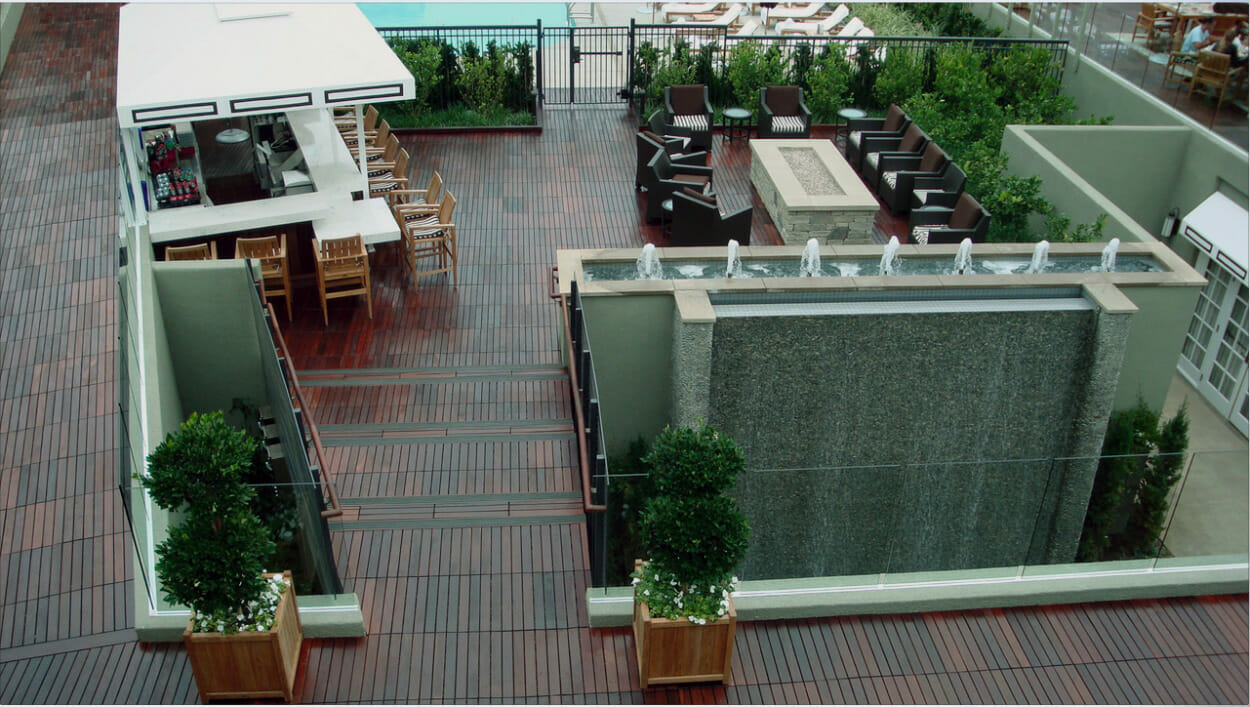 Looking to revamp your home or commercial establishment? Transform with beautifully looking wooden deck tiles by “NOTION” – a pioneer in wooden flooring solutions for homes and businesses. These new wooden deck tiles will last you for years in any West Elm, a global design company and a member of Williams-Sonoma Inc., the world’s largest digital first design led and sustainable home retailer, launched its very first store in Mumbai as part of an exclusive deal with Reliance Brands, followed 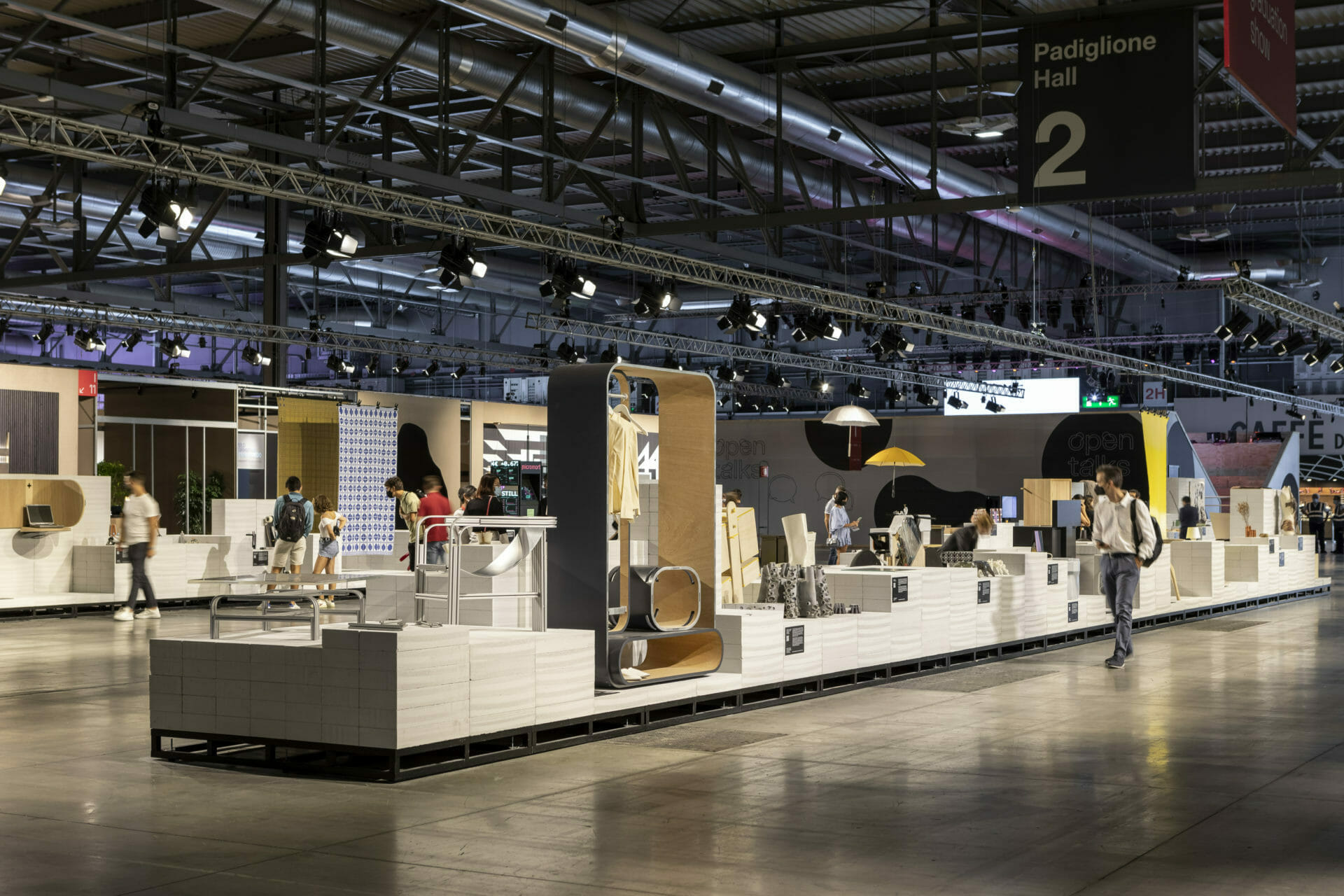 More than 60,000 people visited the Salone del Mobile.Milano special exhibit that was held recently at the Milan in Italy. The event was bolstered by an address from Italian president Sergio Mattarella who highlighted the courage behind and high standards 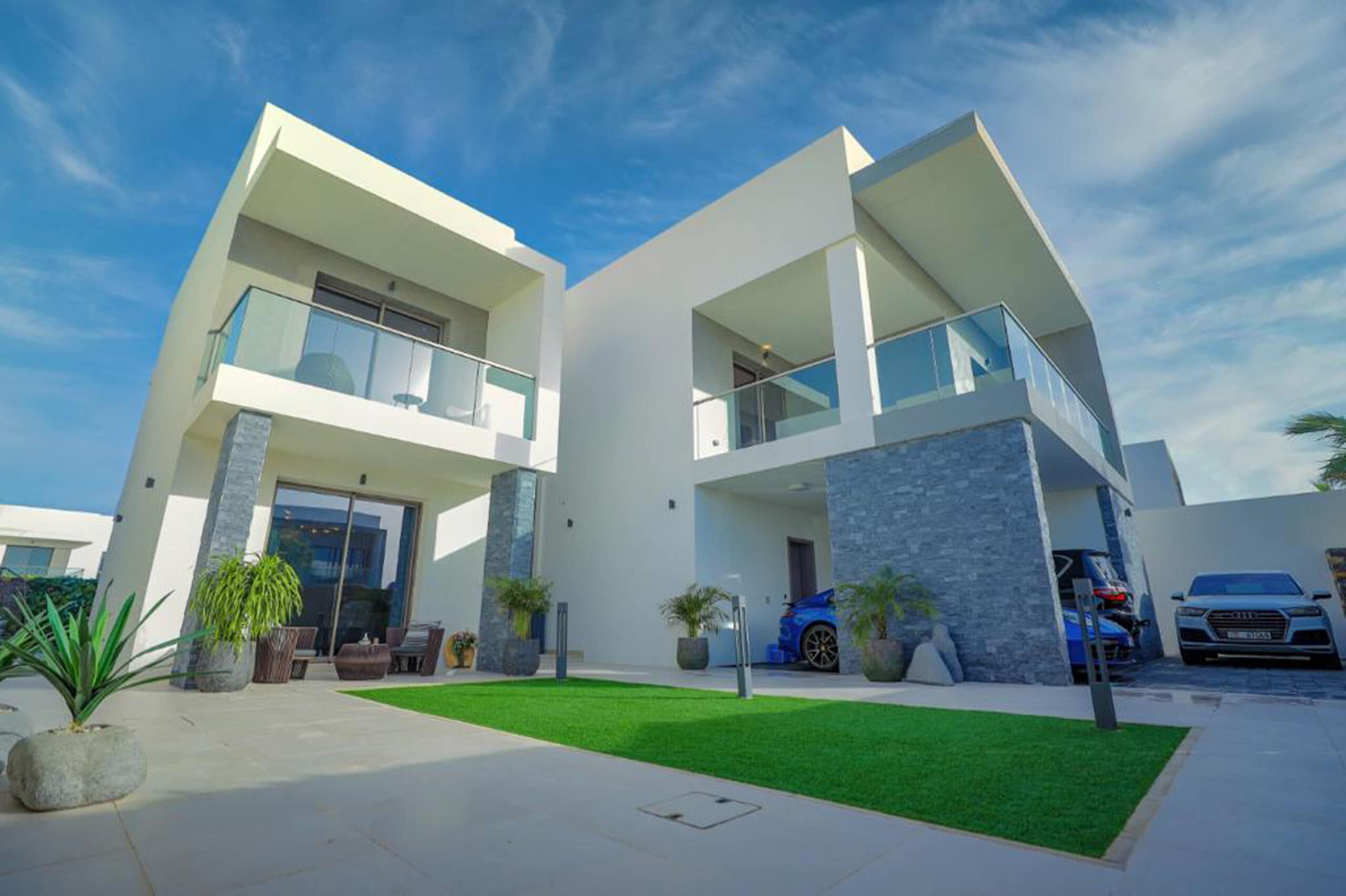 Sapna Aggarwal, Interior Designer and Co-Founder of ANSA Interiors recently designed a duplex apartment at Yas Acres, Abu Dhabi. Located right next to the golf course, the house is characterized by large window openings and decent floor-to-ceiling height.  With the 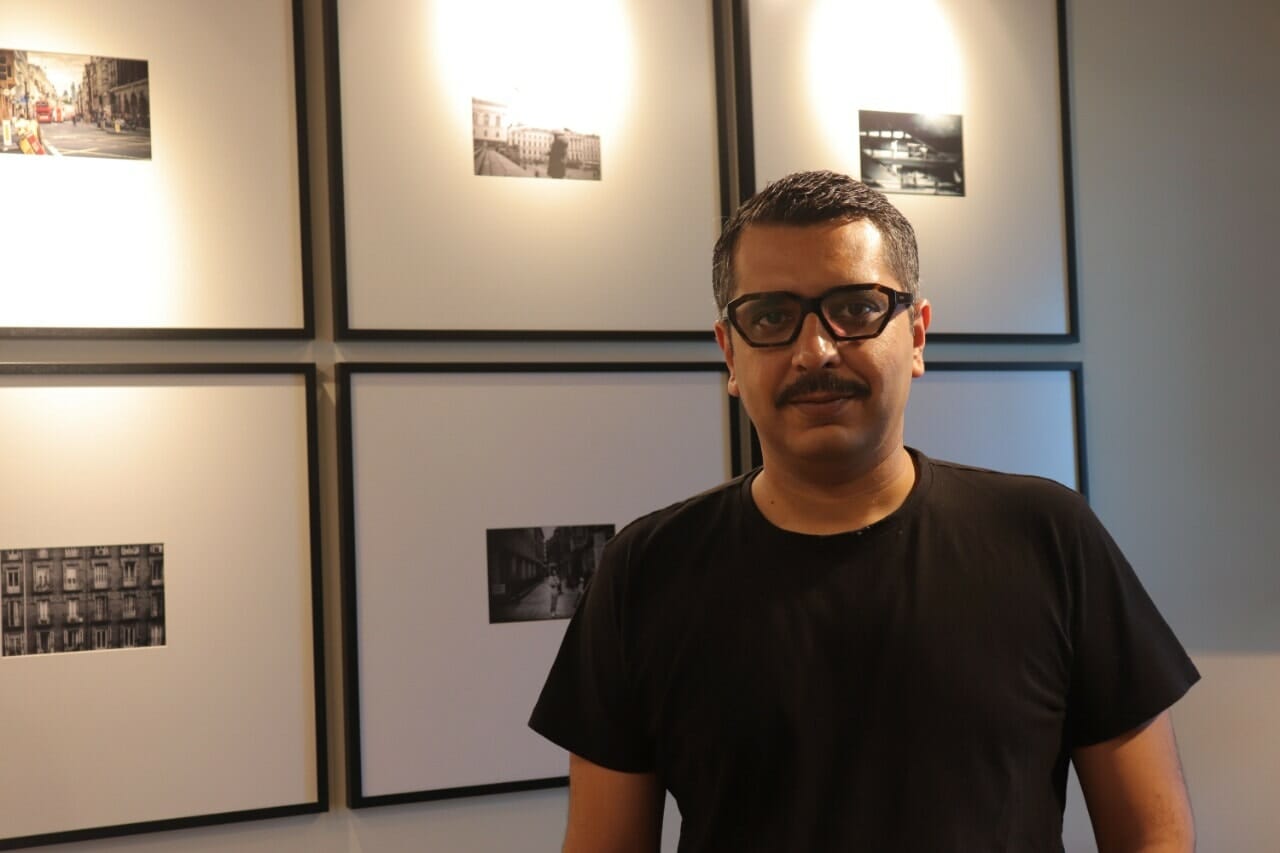 Architect Amit Khanna and his team at AKDA, New Delhi, designed an apartment in South Delhi known for its circular aperture of brick within a square brick screen where the facade tells a story about context. The work of Louis

Ashika, the chief designer and founder of Studio collectif, designed a house based on the concept of rustic elegance so that it could appeal to young house owners who were more masculine in taste. The design is fairly modern in

Interior Designers Disha Bhavsar and Shivani Ajmera of Quirk Studio designed an office space for a family-run business in Erode, Tamil Nadu. The project not only provides the workspace that they need but also allows them to keep the bright