All About Meenakshi Temple Architecture

Meenakshi Amman Temple, also known as Minakshi-Sundareshwara Temple, is one of the oldest and most important temples in India renowned for its astonishing Dravidian style of architecture. Located in the city of Madurai, Tamil Nadu, the temple has a great mythological and historical significance.

According to tradition, more than 3500 years ago the god Indra installed a small tower over a naturally formed stone lingam as a sign of devotion to Shiva, one of the primary deities in the Hindu pantheon. Other gods followed Indra’s lead and began to worship there. Soon a human devotee witnessed the miraculous scene of gods worshipping at the lingam and notified the local king, Kulashekhara Pandya, who built a temple at the site.

According to legend it is believed that Lord Shiva assumed the form of Sundareswarar (the handsome one) and married Parvati (Meenakshi) at the site where the temple is currently located. Since Parvati herself had assumed the form of Meenakshi, Lord Vishnu, Parvati’s brother, presided over the wedding of Shiva and Meenakshi and handed her over to Lord Shiva. The divine couple made their home in Madurai, where they ruled (and continue to symbolically rule) as queen and king. Even today, the wedding ceremony is celebrated every year as ‘Chithirai Thiruvizha’ which is also known as ‘Tirukalyanam’ (the grand wedding).

The history of Meenakshi Temple dates back to the 1st century C.E. It is said that Kulashekarar Pandyan, a king who ruled over the Pandyan dynasty, built the temple as per the instructions given in his dream by Lord Shiva. The temple was rebuilt throughout the 16th century as it was destroyed by the Muslim invaders.  During the 14th century C.E, Malik Kafur, a commander of Delhi Sultanate, looted the temple.

The temple was rebuilt and reopened after the Vijaynagar Empire defeated the Muslim Sultanate. The temple was further expanded during the late 16th century and early 17th century by Vishwanatha Nayakar, a king of the Nayaka dynasty. According to researchers, while rebuilding the temple, the rulers of Nayaka dynasty followed the architectural style of ‘Silpa Shastras’ ( a set of architectural laws found in the ancient texts).

The temple was once again expanded by Thirumalai Nayak, during his reign from 1623 to 1655, many ‘Mandapams’ (pillared halls) were built. They also enlarged the complex and redesigned the surrounding streets in accordance with the sacred tradition of the Vastu Shastra.

But once again during the British rule the temple was once again degraded and parts of it were destroyed. In 1959, Tamil Hindus started the restoration work which ended in 1995.

The temple is spread over 14 acres. The temple is enclosed with huge walls, which were built in response to the invasions.

The entire structure, when viewed from above, represents a mandala. A mandala is a structure built according to the laws of symmetry and loci. There are various shrines built within the temple complex. The two main shrines at the centre of the temple are dedicated to Sundareswarar or “Beautiful Lord” (a form of the god Shiva) and Meenakshi (who is considered a manifestation of the goddess Parvati), the temple also has shrines dedicated to various other deities like Ganesha and Murugan. The temple also houses goddesses Lakshmi, Rukmini, and Saraswati.

The temple’s shrines, pillars, sculptures, and paintings are populated with a dazzling quantity of divine beings who engage in various activities, can manifest in multiple guises and places simultaneously, and are subject to dissolution and rebirth. In total the temple contains around 30,000 sculptures.

The temple has four main towering gateways (gopurams) that look identical to each other. The word gopura may be derived from the Tamil words ko meaning “king,” and puram meaning “exterior or gateway”; or from the Sanskrit go meaning “cow” and puram meaning “town.” Gopuras are actually entry gates to a number of shrines, marked on the plan above as black rectangles.

The temple has a total of 14 towering gateways more than fifteen stories tall, the tallest one rises to approximately 170 feet. Here, these fourteen gopuras are roughly oriented to the cardinal directions and flanking either the temple of Meenakshi or Sundareshwara, or the entire walled compound acting as symbolic markers for the sacred space into which they lead. They generally increase in height as the further away or outer most ones from the center of the complex were continually added to by a succession of rulers, who commissioned ever grander towers as a sign of their power and devotion.

Each one of them is a multi-storey structure are covered in more than 1500 sculptures of divine and demonic figures displaying thousands of mythological stories. The figures of gods and goddesses are repaired and repainted in vibrant colors every 12 years.

The major ‘gopurams’ of the temple are listed below:

Sundareswarar Shrine Gopuram – This is the oldest ‘gopuram’ of the temple, serves as a gateway to the Sundareswarar (Lord Shiva) shrine and was built by Kulasekara Pandya.

Kadaka Gopuram – The gateway was rebuilt by Tumpichi Nayakkar during the mid-16th century and leads to the main shrine that houses Goddess Meenakshi. The ‘gopuram’ has five storeys.

Nadukkattu Gopuram – Also called as the ‘Idaikattu Gopuram,’ this gateway leads to the Ganesha shrine. The gateway is placed right in between the two main shrines.

Mottai Gopuram – This ‘gopuram’ has fewer stucco images when compared to the other gateways. Interestingly, ‘Mottai gopuram’ had no roof for nearly three centuries.

Nayaka Gopuram – This ‘gopuram’ was built by Visvappa Nayakkar around 1530. The ‘gopuram’ is astonishingly similar to another gateway called ‘Palahai Gopuram.’

At the south end of the temple also has a consecrated pond named ‘Porthamarai Kulam.’ The term ‘Potramarai Kulam’ is a literal translation of ‘pond with a golden lotus.’ The structure of a golden lotus is placed at the center of the pond. It is said that Lord Shiva blessed this pond and declared that no marine life would grow in it.  This is used by believers for ritual bathing before they enter the sanctuaries of Meenakshi and Sundareshwara.

The temple also has vast ornate pillared halls called ‘Mandapams’ (a pillared, porch-like structure) that pilgrims must pass through as they make their way to the garbagriha (the innermost sacred areas of the sanctuary).  The stone pillars carved in high or low relief depict gods, demons, and divine animals. Originally this space was likely used for religious dancing and musical performances as well as a place to gain an audience with the king.

Some of the most important ‘mandapams’ are given below:

Ayirakkal Mandapam – It literally translates to ‘hall with thousand pillars.’ The hall, which was built by Ariyanatha Mudaliar, is a true spectacle as it is supported by 985 pillars. Each and every pillar is sculpted magnificently and has images of Yali, a mythological creature.

Kilikoondu Mandapam – This ‘mandapam’ was originally built to house hundreds of parrots. The parrots that were kept there in cages were trained to say ‘Meenakshi’. The hall, which is next to the Meenakshi shrine, has sculptures of characters from Mahabharata.

Ashta Shakthi Mandapam – This hall houses the sculptures of eight goddesses. Built by two queens, the hall is placed in between the main ‘gopuram’ and the gateway that leads to the Meenakshi shrine.

Nayaka Mandapam – ‘Nayaka Mandapam’ was built by Chinnappa Nayakkar. The hall is supported by 100 pillars and houses a Nataraja statue.

Today the Thousand Pillar Hall functions primarily as a museum, with exhibitions of bronze sculptures, paintings, and objects from the temple’s history. 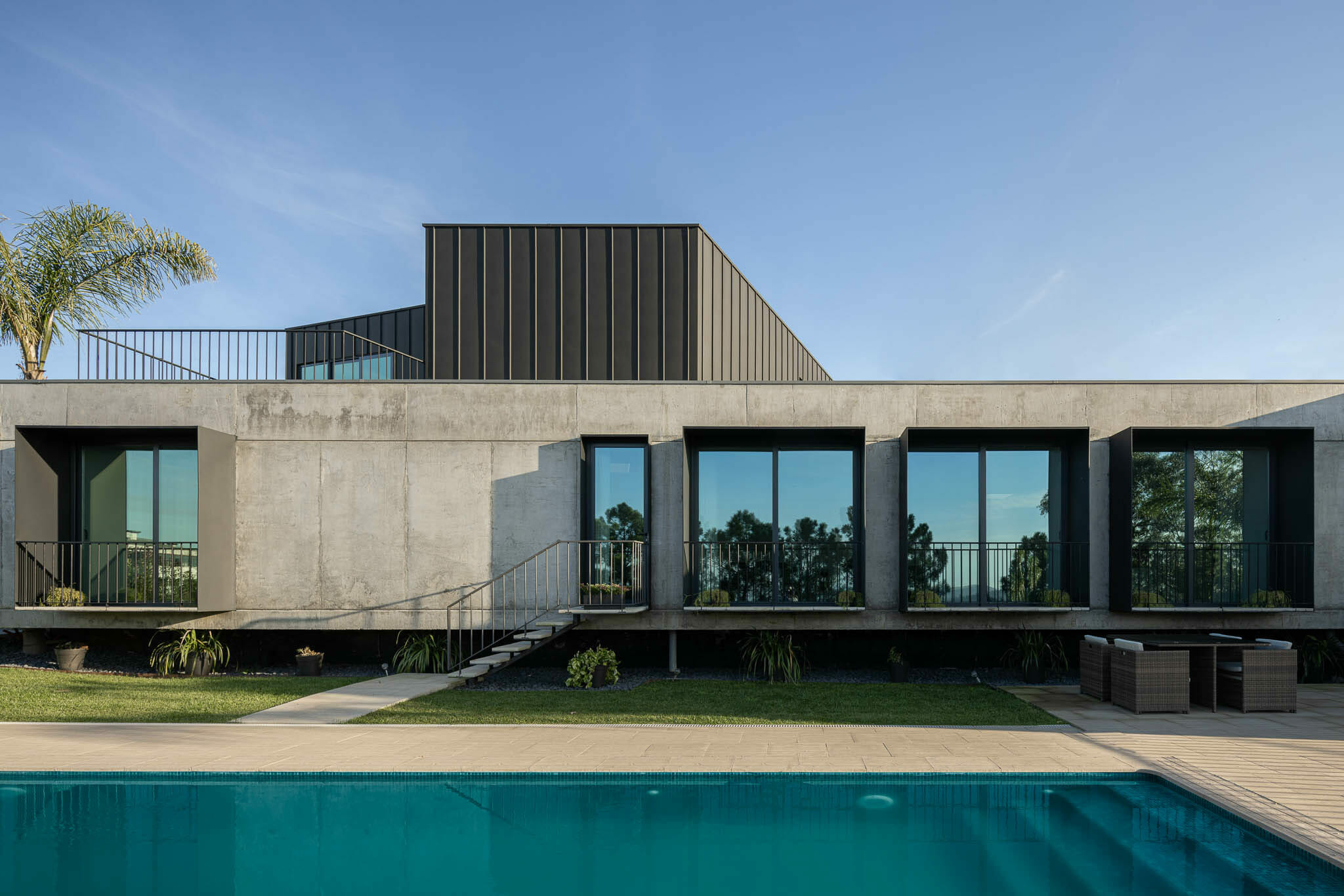 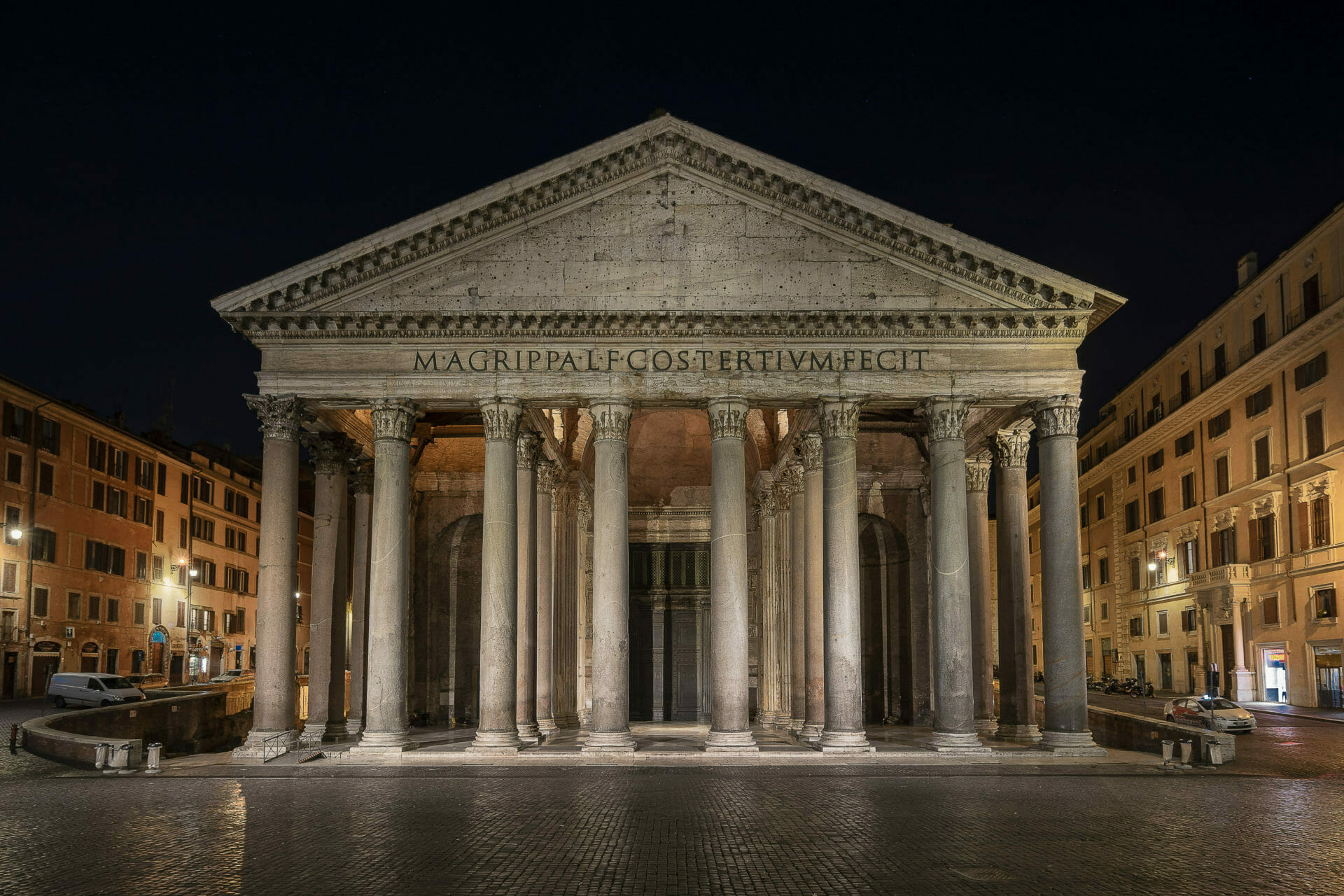 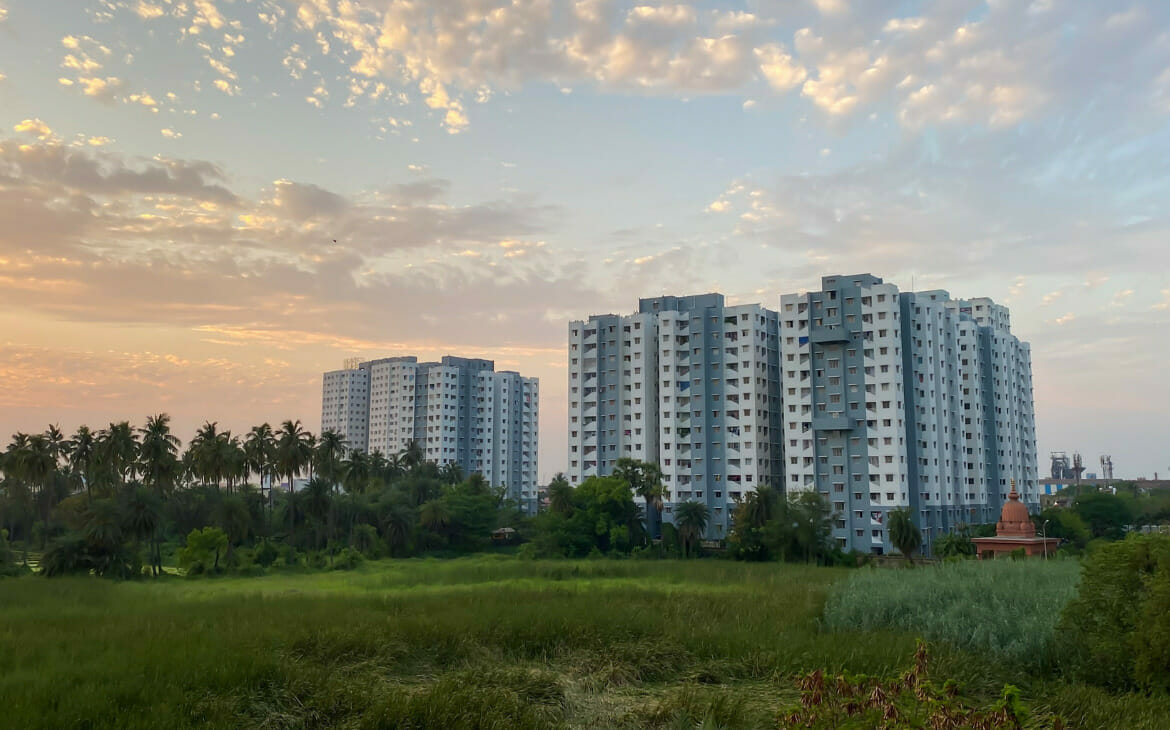 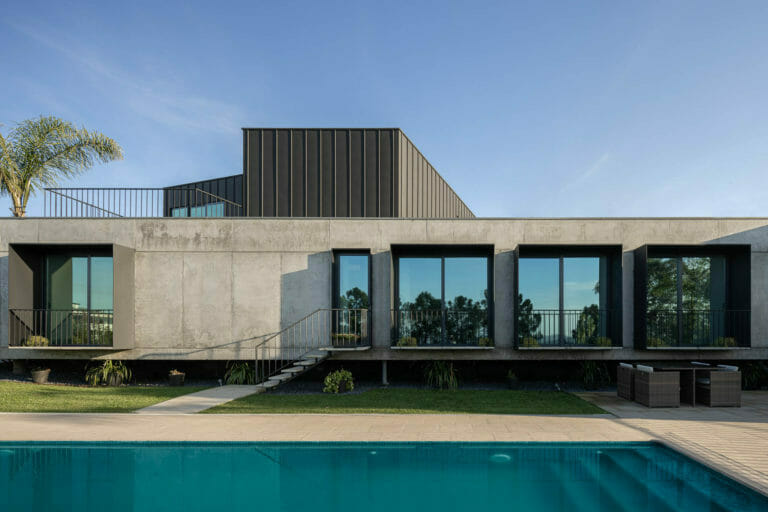 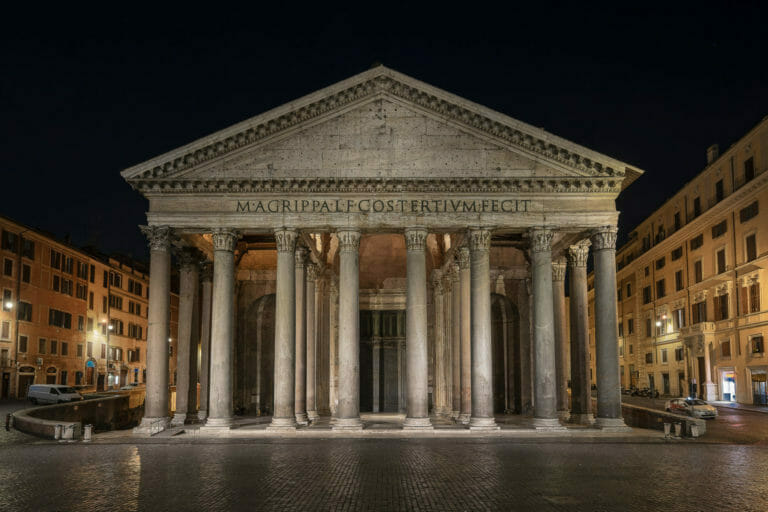 The Pantheon is a former Roman temple and serves as a representative of the culture of the city of Rome for more than two thousand years now. It was constructed between 25 and 27 BC by Agrippa and was a 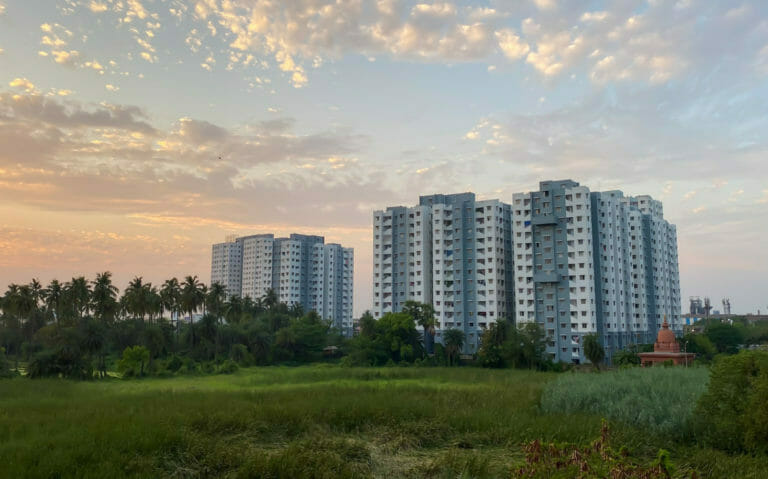 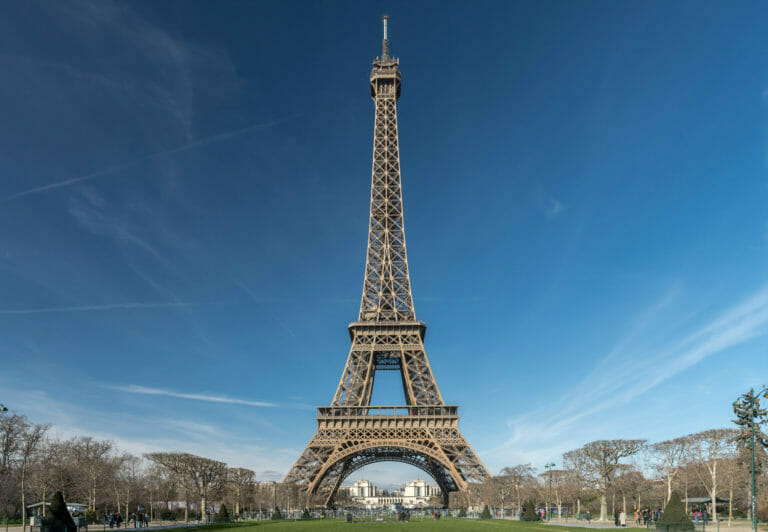 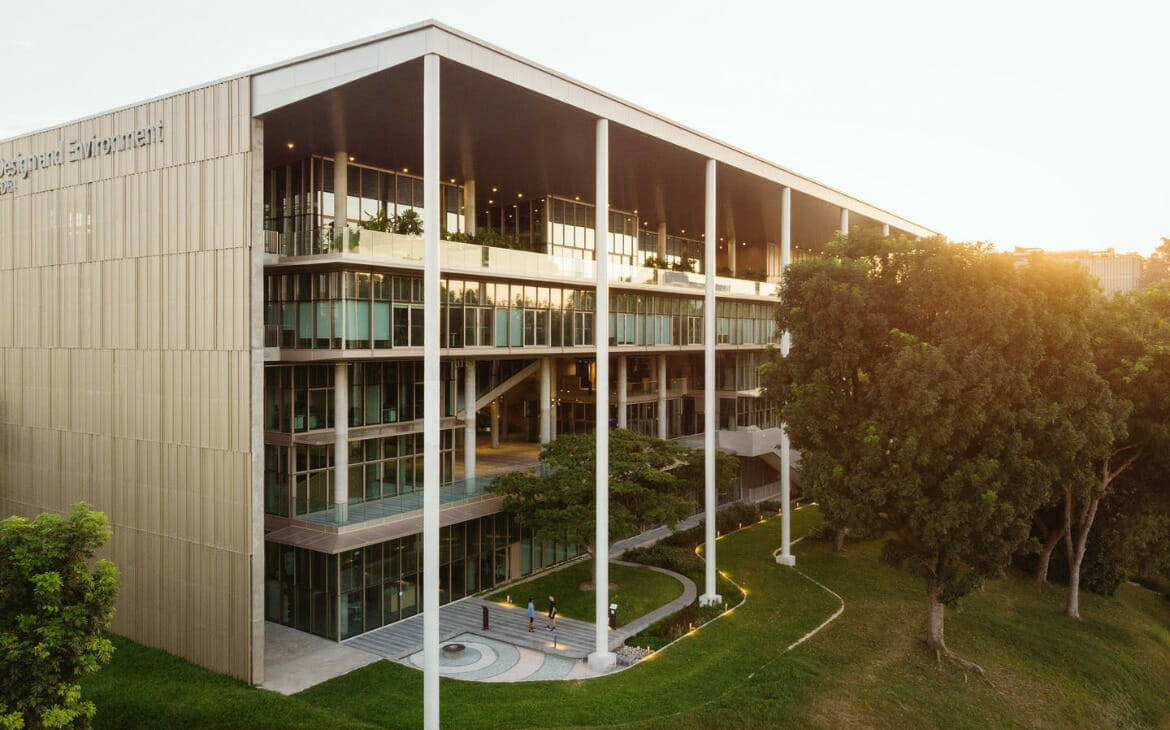 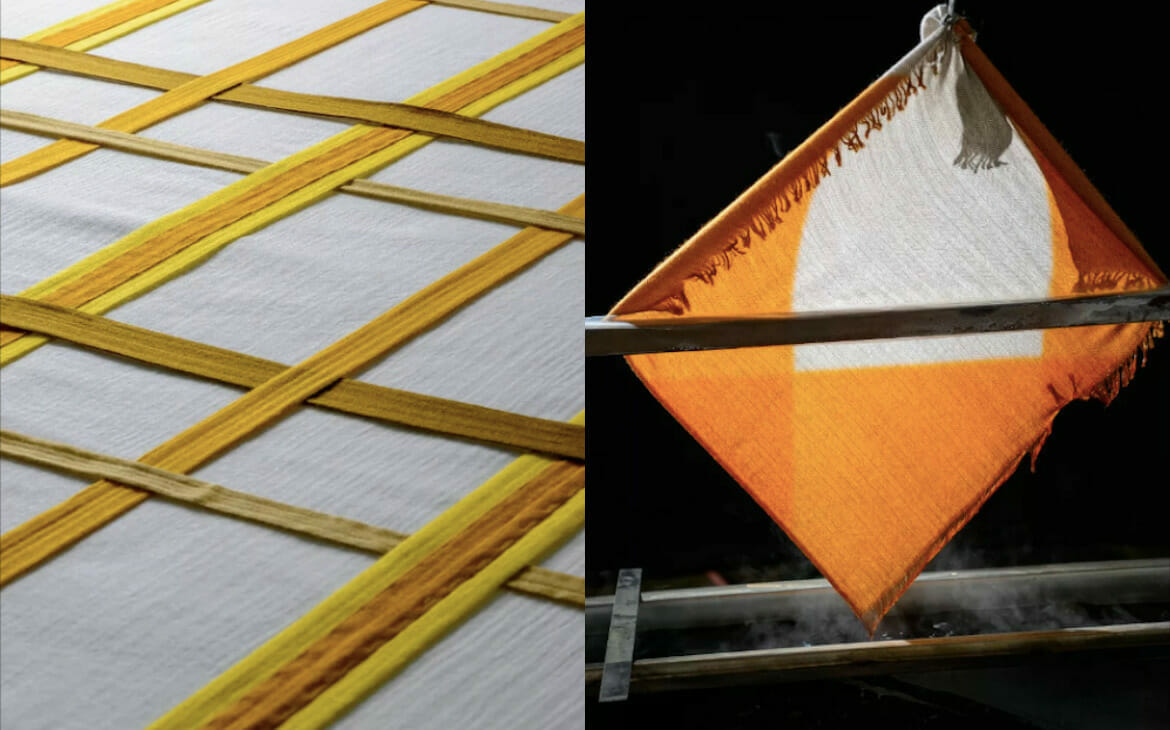 Luxury brand Hermes, internationally acclaimed for its fashion, launched a textile collection of fabrics that are not just home decor but also act as conversation pieces. Evolve Back Resort by EARTHITECTS transports back to the 14th century

Hampi is a UNESCO world heritage site and aptly defines the grandeur of the Vijayanagara empire, it was built by.  Evolve Back is a project by Earthitects recreating the magnificence of that era by incorporating the prevalent design principles from 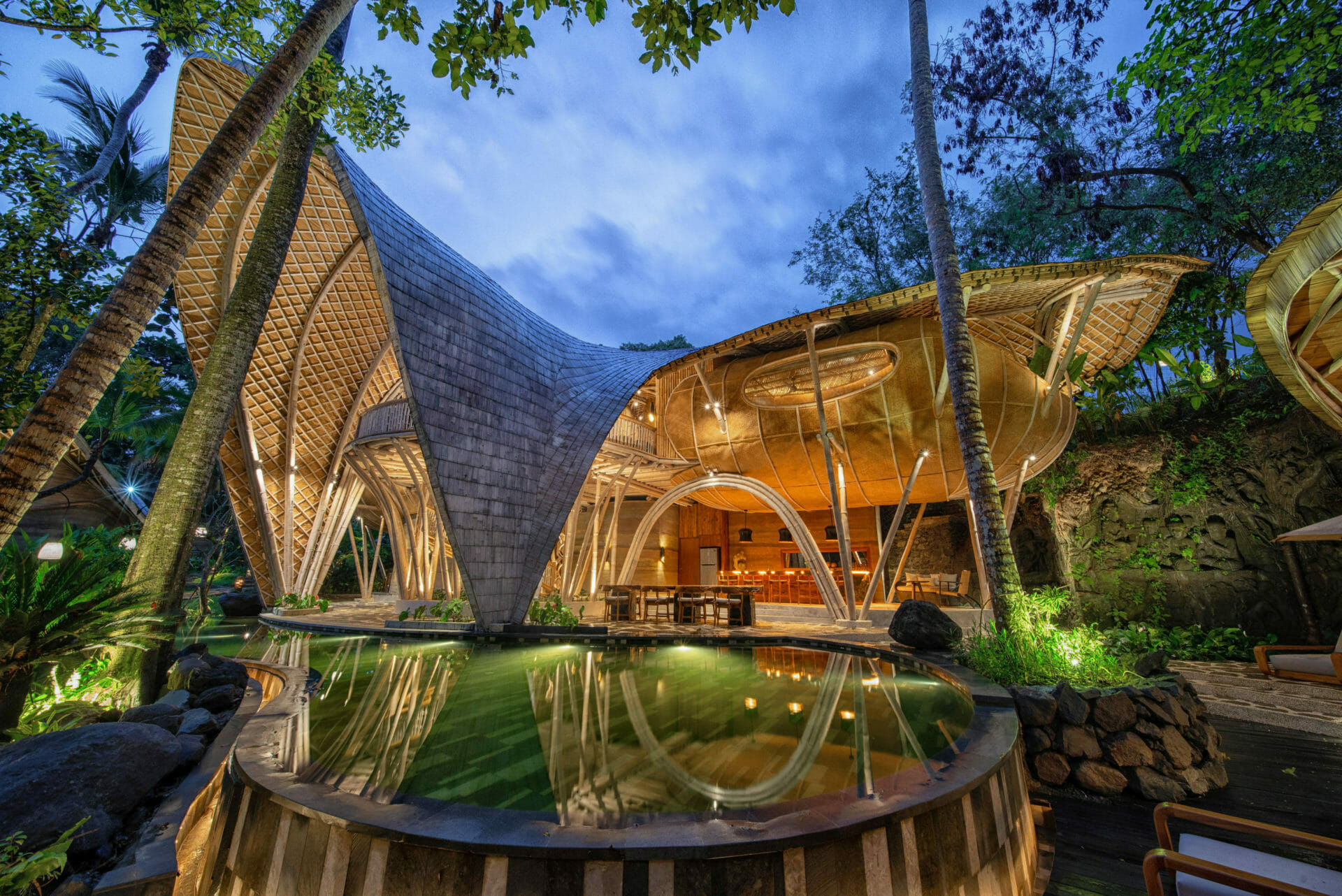 Ulaman Retreat: An Exquisite blend of Bamboo and Rammed Earth By Inspiral Architecture and Design Studio

Ulaman Retreat is a wellness retreat in Kaba Kaba on Bali Island in Indonesia with a total floor area of 3300 sq m. The retreat is designed by Inspiral Architecture and Design Studio and shares a border with a river 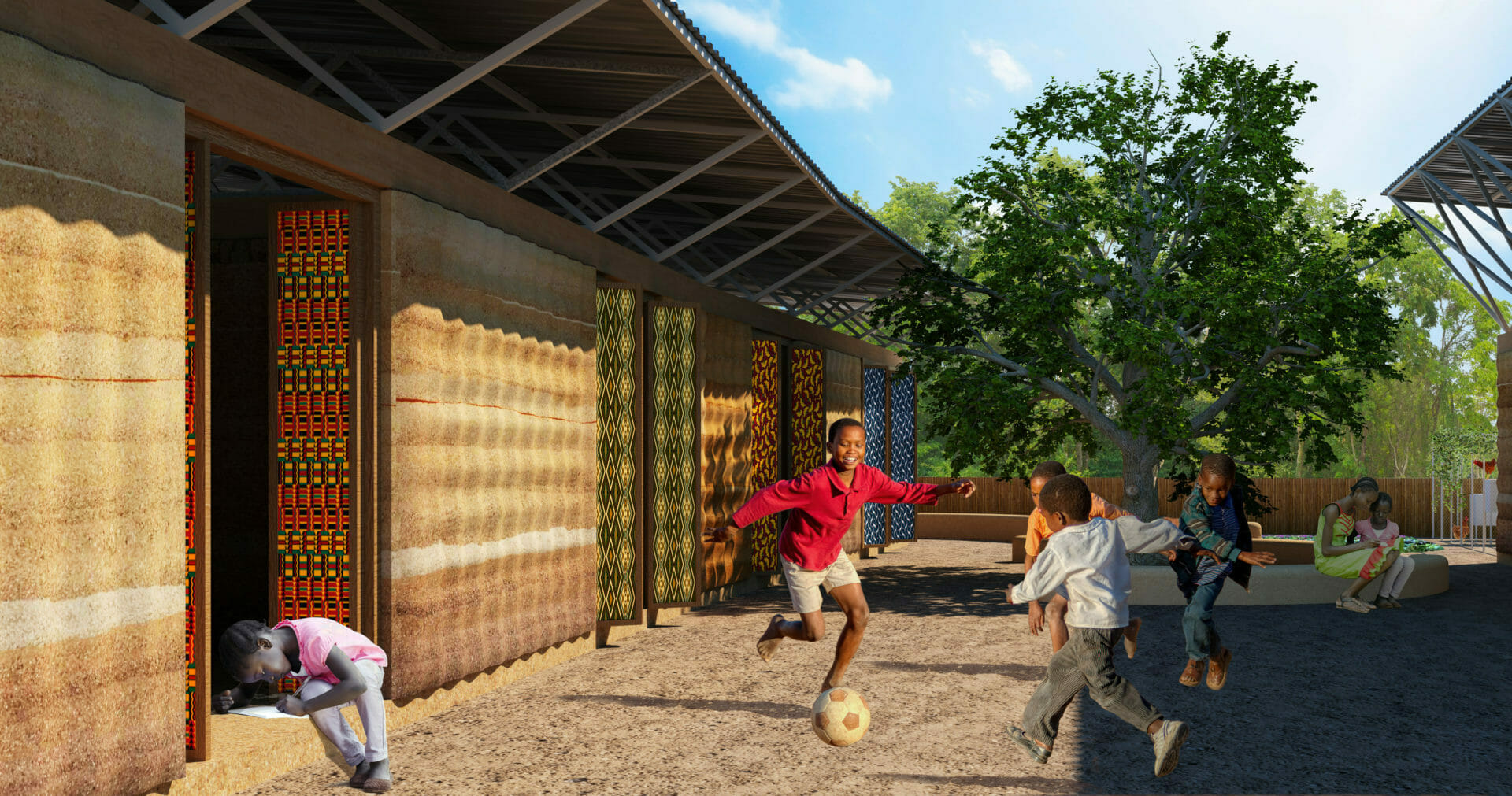 The Weave elementary school is located in the small town of Marsassoum around the Soungrougrou river in Senegal. The town is situated in a remote area where the main occupations of people are agriculture and fishing and the closest city