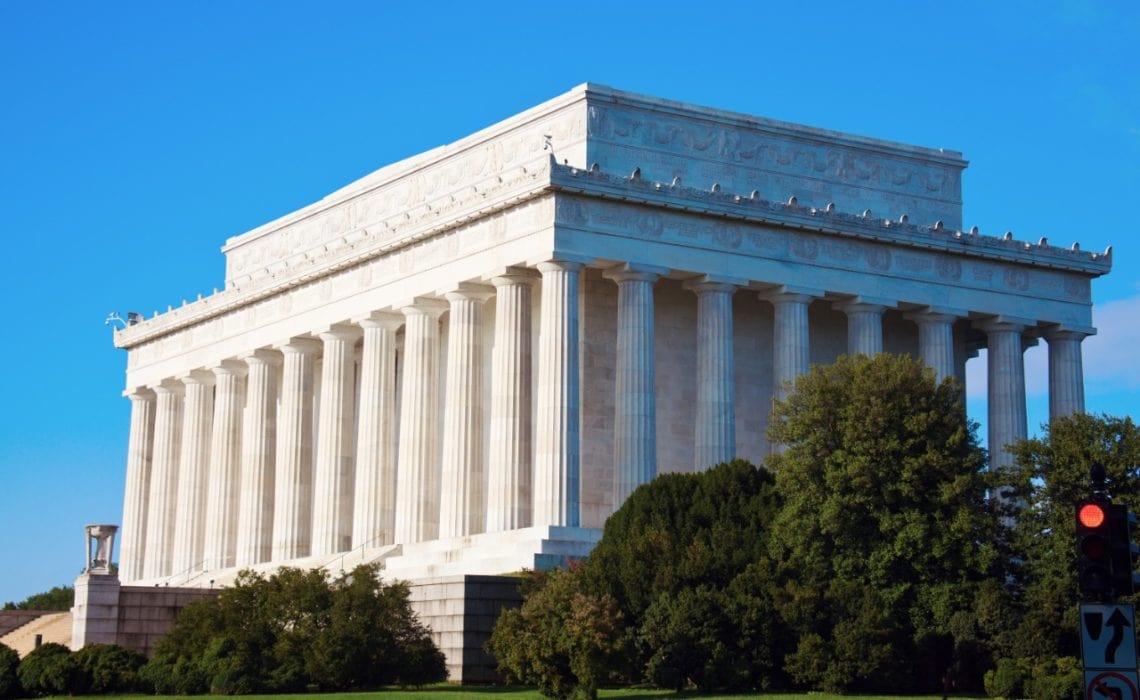 Featuring today in #ArchitectureEye is an ancient Greek inspired Architecture #LincolnMemorial in honor of President Abraham Lincoln. Completed in 1917 by Architect #HenryBacon, it is constructed from U.S. materials including granite from Massachusetts, limestone from Indiana, and marble from Colorado, Tennessee, and Alabama.

Nearly 6 meter tall, the statue of Abraham Lincoln is the centerpiece of the large monument itself. The outside of the monument has 36 columns surrounding the monument. The reason for this is because when President Lincoln was assassinated, there were 36 states in America. The most notable speech in American history, the Gettysburg Address is etched onto the wall in their interior in its entirety. The statue itself, inside this room with President Lincoln, has him sitting atop a chair with a stoic and noble look.